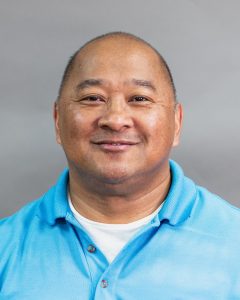 Antonio graduated from the Perpetual College of Medicine in the Philippines.  He received his bachelor’s degree in Physical Therapy in 1986.  For the past 18 years he has worked in several different settings. Most of his time in the US has been devoted to treating the under served patient population of northeast Arkansas.

Kathleen graduated from College of the Ozarks in 2007 where she received her Bachelor of Science degree in Health and Wellness Education. She earned her physical therapist assistant degree from Ozark Technical College in Springfield, MO where she was granted the programs award for clinical excellence